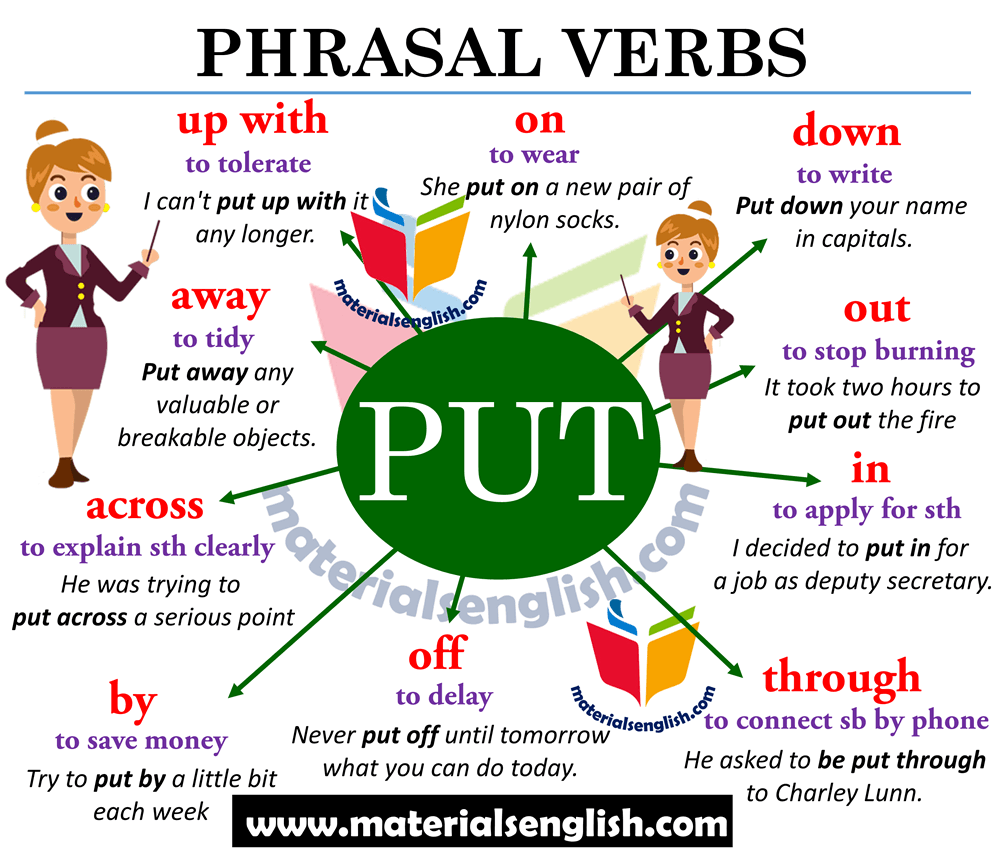 A Phrasal Verb consists of a verb and a preposition or adverb that changes the meaning. In this lesson let us learn the common phrasal verbs with put to use them in your daily conversation.

to wear
Example: She put on a new pair of nylon socks.

It also means – To become fat
Example: He has put on a lot of weight.

to apply for Something
Example: I decided to put in for a job as deputy secretary.

Postpone /to delay
Example 1:  Never put off until tomorrow what you can do today.
Example 2: They put off the conference until next Friday.

to stop burning
Example: It took two hours to put out the fire.

to tidy
Example: Put away any valuable or breakable objects.

to explain Something clearly /To communicate something
Example 1: He was trying to put across a serious point
Example 2: I just want to put across my point to him.

to write
Example: Put down your name in capitals.

It also means – to insult/humiliate
Example: My boss always puts me down in front of my co-workers.

12 Different Meanings of PUT DOWN with Example Sentences

It also means – Painless killing of an animal
Example: Our dog was suffering so we had to put her down.

to save money
Example: Try to put by a little bit each week.

to connect somebody by phone
Example 1: He asked to be put through to John.
Example 2: Could you put me through to the supervisor, please.

It also means – To make someone experience something very unpleasant
Example: He’s put me through hell.